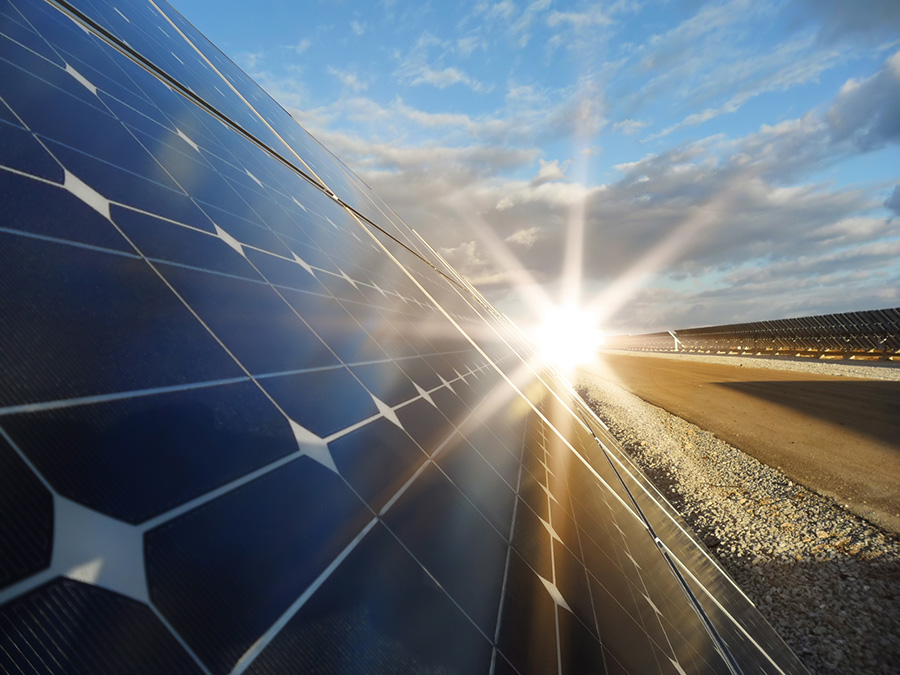 A Brief History of Solar Power

Although solar energy enjoys an established and dynamic role in the clean energy economy of current times, its history is somewhat rich and involved with regard to photovoltaics and how the concept of solar energy came to fruition.

Theoretically, solar energy can be traced back – in terms of usage by us humans – as early as seventh century BC, when historic documents reveal to us that people utilized sunlight to start fires with magnifying glass-like objects/materials. Later, in the third century BC, it was the Romans and Greeks who harnessed solar energy by way of mirrors that lit torches for religious ceremonies; these mirrors became a sort of everyday tool for these cultures, affectionately referred to as “burning mirrors.” Over in Asia, the Chinese civilization recorded their use of mirrors for the same purpose later in 20 AD.

Another chunk of historical information that remains popular today regarding early uses of solar energy was the concept of “sunrooms” in buildings – these rooms used huge windows to aim sunlight into one concentrated area, with some of the iconic Roman bathhouses – usually situated on the south-facing side of structures – acting as these sunrooms. Later in the 1200 ADs, Pueblo Native American ancestors known as the Anasazi situated themselves in abodes on cliffs facing south, the idea to capture the sun’s warmth during cold winter months.

By the time the late 1700s and 1800s arrived, scientists and researchers were successful in using sunlight to power ovens for long voyages, while also harnessing the sun’s energy to produce solar-powered steamboats.

Ultimately, the history of solar comes down to this: even thousands of years before the era of modern solar panels, the idea of manipulating the energy of the sun was something of a common practice.

A Primer on Residential Solar Panels

Okay, so we’ve established that the concept of solar power is trenched in some interesting history, but what about the beginnings of residential-use panels themselves? Unbeknownst to most, inventors have been advancing solar technology for more than a century and a half, and improvements in efficiency and aesthetics just keep on evolving.

By the 1950s, Bell Laboratories created a solar cell that was six-percent efficient, with inventors Calvin Fuller, Daryl Chapin and Gerald Pearson the brains behind the silicon solar cell at Bell Labs. The problem was cost; indeed, silicon solar cells were expensive to produce, and when multiple cells are combined to create the panel we know today, it’s even more expensive for the public to purchase.

Solar technology has come a long way, and the patented inventions we’re discussing here are proof that the tech is still improving its efficiency and aesthetics.

As the business that offers the type of premium solar installation San Diego has been waiting for, The Energy Company can answer any questions you may have about this technology. Please visit www.TheEnergyCompany.com to learn more.