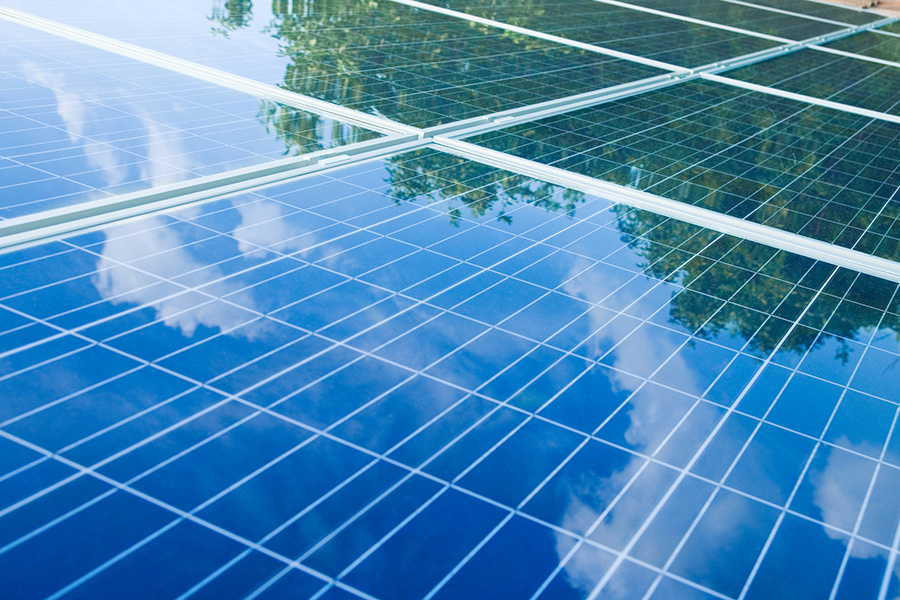 The Current Types of Solar Panels and How They Work

It’s widely accepted fact in this day and age that installing solar panels on a home brings with it a myriad of benefits, with such factors as energy efficiency, design aesthetic and, of course, cost being at the top of the priority roster for homeowners contemplating a move to solar. And while these are indeed vital to think about, there’s also another element that actually affects these three that should be taken into consideration: the types of panels available to choose from.

Why do we say the type of panel will affect cost, energy efficiency and aesthetics? Because the types of panels available on the market today directly influence how much the actual manufacturing and installation will cost, in addition to how the panels will look and fit on your roof.

In general, there are three different types of panels available today, and each bring unique pros and cons, like everything else in life – these are monocrystalline, polycrystalline and thin-film. In addition to bringing their own pros and cons list, they are each made in a unique way, boasting different aesthetic appearances and features; indeed, the right panel for you will depend on your particular situation and needs (i.e. what advantages you believe a solar panel install will bring to your life and homeowner experience).

Let’s take a brief look at each of these panel types to see what makes them tick.

Monocrystalline
As the oldest type of solar panel, the monocrystalline variant is made from approximately 40 monocrystalline solar cells, themselves made from pure silicon. During the manufacturing process (known as the Czochralski method), a silicon crystal is dropped into a vat of molten silicon, after which the crystal is pulled up – very slowly – out of the vat. A solid crystal shell is formed around the molten silicon, known as an ingot, which is then thinly sliced into silicon wafers. These wafers are crafted into cells, which are then assembled to create – you guessed it – a solar panel.

Polycrystalline
These types of panels are considered something of a newer development and continue to gain popularity, mainly due to their efficiency. Polycrystalline cells, in a similar fashion to the monocrystalline panel type, are formed of silicon – but the difference here is that the silicon crystal (which is also placed in a vat of molten silicon) is allowed to fragment and then cool during the manufacturing process. The fragmented silicon, once the new crystal is cooled in its mold, is thinly sliced into polycrystalline solar wafers, and these, once again, are assembled together to form a polycrystalline panel.

Thin-Film
Considered a cutting-edge development in the solar panel industry, thin-film panels – as their namesake suggests – are easy to identify because of their narrow appearance. But the most interesting thing about these panels is that they are not always made from silicon; they can be forged from a number of different materials, including Copper Indium Gallium Selenide (CIGS), amorphous silicon (a-Si) and cadmium telluride (CdTe). The cells are created by placing a primary material between thin sheets of conductive material, with a layer of glass protecting the top.

The Energy Company Fun Fact: a-Si panels are also topped with glass and use silicon, but of a non-crystalline type.